For more than 2 decades, the Hafner family has been committed to sustainable and environmentally friendly production. Organic produce like apples and vegetables. The farm dispenses with herbicides and chemically synthesized plant protection and relies on naturally occurring substances to ward off fungal diseases and pests. The organic farm cultivates a wide range of apple varieties such as the Royal Gala, Braeburn and the Pinova.

A mild climate and many hours of sunshine guarantee a tasteful and very sweet apple. Furthermore, some agricultural areas are cultivated with grapes that are located in the Lugana-region. In 2015 the idea was born to create an 'agritourism' in addition to the cultivation of apples and to open a campsite at the organic farm. We would like to provide our guests with an insight in the farming life.

The old farmhouse "Cascina Mabellini" is a listed building. It has a centuries-old stone foundation with thick walls and small windows. In 1733 the house was mentioned for the first time with the construction of the house chapel. In 2006, the chapel was consecrated by Bishop Padre Flavio Rovereto from Verona and in 2017 a new bell from the Grassmayr bell foundry completed the chapel.

Nearby is "Torre di San Martino", a historic site where the Austrians and the French faced each other in the 17th century. In memory of this bloody event, where tens of thousands of people lost their lives, between 1880 and 1893 a 74-meter-high tower was built. On the headland of Sirmione are located ruins of early Roman fortresses. The Romans were also the ones who brought the culture of the thermal baths. The thermal bath "Catullo" in Sirmione is fed by sulfate-containing Boiola spring water. The Boiola spring water brings relief for various diseases. 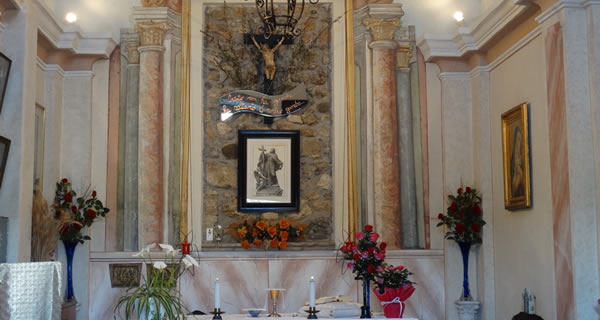 The chapel regularly holds masses and rosaries, particularly in May and October. 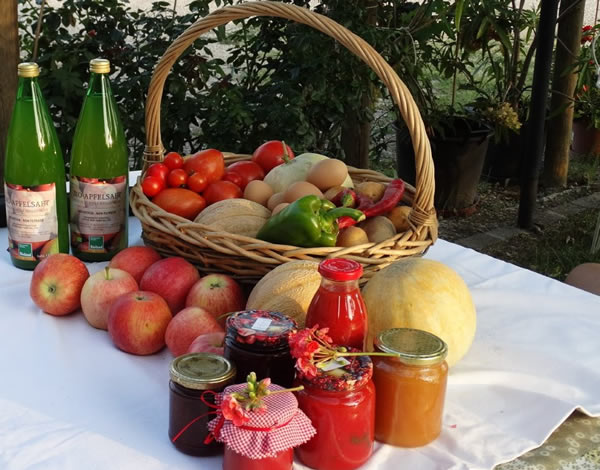 On the campsite we offer organic in-house farm products – such as organic apple juice, potatoes, honeydew melons, olive oil, apples, seasonal vegetables and eggs. We process our fruits into delicious jams and apple juice.
The herbs growing in the herb garden are processed into herb salt.
Google Maps
The protection of your data is important to us. Only when you agree to the privacy policy do you allow us to load data from third-party servers (Google).
Privacy settings